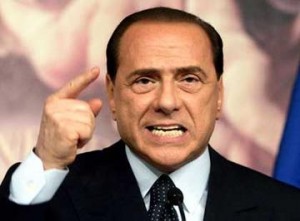 Silvio Berlusconi has never been shy of showing off the many records he holds. Yet, the fact that his government is the first to fail to win approval of Italy’s consolidated public accounts is one that even the master showman will not be able to boast about. After this week’s setback, he today faces a vote of confidence. This is the second, after a similar showdown last December.

Ever since last winter’s vote, il Cavaliere has been riding his luck, in a classic exercise of parliamentary brinkmanship that has delighted his supporters. However, this very achievement has led Italy into a political stalemate, preventing the passage of structural reforms the country desperately needs. This has contributed to the crisis of confidence that is undermining Italy’s fiscal position as well as the survival of the eurozone.

High quality global journalism requires investment. Please share this article with others using the link below, do not cut & paste the article. See our Ts&Cs and Copyright Policy for more detail. Email ftsales.support@ft.com to buy additional rights. http://www.ft.com/cms/s/0/4da223ea-f59d-11e0-94b1-00144feab49a.html#ixzz1akfeqVQv

The impasse must now come to an end. Italian parliamentarians – particularly those whose absence from the lower chamber contributed to the recent incident over the budget – should resolve this farce, drawing down the curtain on a plutocrat-cum-politician whose record has fallen well short of his own exaggerated assessment and the expectations of long since dis­illusioned voters.

The arguments used by Mr Berlusconi to justify why he should stay on are thin at best. The 75-year-old prime minister claims only he can bring political stability to Italy and that he will deliver economic reforms. His record speaks otherwise. His claim to provide stability is belied by the number of setbacks and defections his coalition has suffered since the last vote of confidence, As for his promise to shake up the supply side of the country’s economy, that looks as stale as his record in office where his own business and political interests have become almost inseparable.

If the government falls, the country should speed up the process of reforming the economy. In theory, this could be done by a centre-right government led by a different leader, but the loyalty of the parliamentarians to the prime minister appears to rule out this possibility. The least bad option is to move hastily towards an early election, perhaps after a caretaker government has taken steps to maintain the country’s fiscal discipline and changed the deeply unpopular electoral law to allow voters to choose directly their representatives.

Italy has to save itself to save Europe. Parliament should bear this in mind in today’s vote. 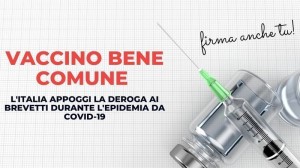