Giovanni Bachelet: non intitoliamo una via a Craxi // A FUGITIVE from justice and the most thoroughly disgraced politician in Italy’s modern history, Bettino Craxi, a two-term prime minister, died in Tunisia in 2000. He had fled there six years earlier after losing his parliamentary immunity from arrest. Shortly before that, protesters outside the luxury hotel he used as his home in Rome had humiliatingly pelted him with coins.
As leader of Italy’s Socialists from 1976 to 1993, Craxi was among the orchestrators of a system in which the main parties, and their officials, fed off bribes extorted from companies bidding for public contracts. The cost of those kickbacks was routinely added to the price of the work, so this system contributed to the huge public debt under which Italians and their governments now labour. By the time he died, Craxi had been sentenced to a total of 11 years for corruption and illegal party funding, and been convicted or indicted in five other cases.Yet the residents of Milan, his birthplace, may soon find a thoroughfare named in his honour. As the tenth anniversary of his death nears, on January 19th, the mayor, Letizia Moratti, has told officials to find a central street, square or park to name after Craxi. In Rome President Giorgio Napolitano has agreed to receive a delegation from the Craxi foundation (an outfit that promotes his “cultural and political heritage”) and is mulling an invitation to attend a ceremony in parliament.
Rehabilitating Craxi would dispel a cloud over his political protégé, the prime minister, Silvio Berlusconi.

A decree by the Craxi government in 1984 secured Mr Berlusconi, then a mere businessman, his virtual monopoly of private television. But, as the prosecutors who put Craxi on trial protested, it also means discrediting them and the judges who convicted him. And all this comes as Mr Berlusconi is poised to introduce reforms that would curb the powers of the judiciary.
Like Craxi in his day, Mr Berlusconi claims he is the victim of a witch hunt by politically motivated magistrates. “The Italians then did not believe Craxi,” said his daughter, Stefania, who is a junior minister in the present government. “But today I see they do believe Berlusconi.” 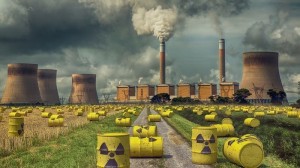