Giusto per capirci di più, quella che segue è la lettera che il field organizer ha inviato ai volontari di New York che sono andati in Pennsylvania a fare campagna elettorale per Barack Obama.
Some of you came to West Chester once to help elect Barack Obama by turning Chester County blue. Some of you came more than once. Some of you contributed money to cover the cost of the buses. Some of you sent moral support. All of you were harassed by me to come down to West Chester. Thanks to all of you for whatever part you contributed to this effort. I wanted you to know how it turned out.
As I reported on numerous occasions, Chester County has not voted for a Democrat for President since 1964. In 2000, Gore got 46% of the vote in Chester County. In 2004, Kerry got 48% of the vote. John McCain was hoping to take Pennsylvania to compensate for the red states he knew he was going to lose.
Your efforts stopped him in Pennsylvania with Obama winning 55% of the vote in the state. The final vote in Chester County was:
Obama 54%McCain 45%
Many of you were also concerned about the many hits we were making in West Chester and the surrounding communities. Here is how the towns you worked in turned out.
BirminghamObama 44%McCain 56%
ThornburyObama 53%McCain 47%
East GoshenObama 47%McCain 53%
West GoshenObama 54%McCain 46%
East BradfordObama 52%McCain 48%
West ChesterObama 76%McCain 24%
To keep things in perspective, you should know that in 2004, George Bush carried every municipality above, except for West Chester, with at least 53% of the vote or higher and took 60% of the vote in Birmingham that year.

You should also know that Barbara McIlvaine Smith, the Democrat who first won her seat in the PA House two years ago by 28 votes, was reelected by 2,234 votes.
Thanks again for all your help in Pennsylvania. I will be forever grateful to the hundreds of New Yorkers who came to West Chester. I am proud to be one of you and the West Chester office wholeheartedly says, “We Love New York.”
See you on the streets of New York,
GeoGeorge CominskieFormer Deputy Field OrganizerObama-Biden Campaign For ChangeWest Chester, PA917.513.4203 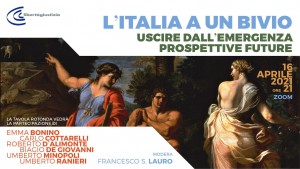