The country that seems to crop up more and more in the current eurozone discussions is Italy, but why should it be affected by the Greek crisis?

Moreover, the size of the Greek economy is small enough that the direct damage if Greece stopped paying its debts should be quite manageable for the eurozone.

Instead, the big fear is “contagion” – that a Greek default could trigger a financial catastrophe for other, much bigger economies.

And Italy seems to have ousted Spain as the lead candidate for that contagion.

Why is that?
Prudent Italy?

According to Germany’s chancellor, Angela Merkel, “Italy has great economic strength, but Italy does also have a very high level of debt and that has to be reduced in a credible way in the years ahead.”

As with Greece, she and other eurozone leaders believe the solution is more government austerity – spending cuts and tax rises – by Rome.

The Italian government’s debt, at 118% of GDP (annual economic output) is certainly high, even by European standards. But dig a little deeper, and the picture changes.

Unlike their counterparts in Spain or the Irish Republic, ordinary Italians have not run up huge mortgages, and generally have very little debt.

That means that according to the Bank of International Settlements Italy as a country – not just a government – is not actually terribly indebted compared with other big economies such as France, Canada or the UK.

Moreover, the large debts of the Italian government are nothing new. It has got by just fine with a debt ratio over 100% of its GDP ever since 1991.

The main reason is because – unlike Greece – Italy is actually quite financially prudent.

The government spends less on providing public services and benefits to its people than it earns in taxes, and has been doing so every year since 1992, except for the recession year of 2009.

Indeed, the only reason Italy continues to borrow at all is to meet the principal and interest payments on its existing debts.
Grim outlook

So why is Italy in trouble now?

The reason is because its economy is so weak.

Italy is plagued by poor regulation, vested business interests, an ageing population, and weak investment, all of which have conspired to limit the country’s ability to increase production.

The country has averaged an abysmal 0.75% annual economic growth rate over the past 15 years.

That is much lower than the rate of interest it pays on its debts.

And this creates a risk that the government’s debt load could grow more quickly than the Italian economy’s capacity to support it.

In the past, this risk has not materialised, thanks to Italy’s relatively high inflation rate, which has steadily pushed up the government’s tax revenues.

But now the outlook is much more grim.
Self-fulfilling prophecy

Like other southern European economies, Italian wage levels rose too quickly during the good years, and left Italy uncompetitive versus Germany and other northern economies within the eurozone. That lack of competitiveness is likely to mean many years of even weaker growth and low inflation, as Italian workers find their pay is frozen, or even cut, until they regain a price advantage over German workers.

Further government spending cuts are likely to hurt the economy even more, and – as Greece is discovering – may not even do much to improve the government’s borrowing needs if they lead to a sharp rise in unemployment.

That scary outlook has freaked out markets, and lenders are demanding a much higher interest rate from Italy in order to lend it the new money it needs to repay its old debts as they come due.

But of course this higher cost of borrowing makes Italy’s debts look even less sustainable.

That means the market’s loss of confidence in Italy could well end up becoming a self-fulfilling prophecy.

And if markets do panic, and switch their money out of Italian debt into “safe” German debt, Italy would need an enormous bailout that would dwarf the eurozone’s current 440bn-euro rescue fund, the European Financial Stability Facility.

Roma: appello per Lucano a Montecitorio 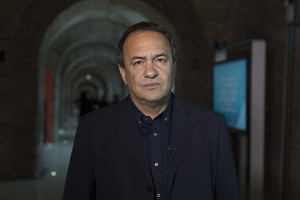